On July 17, 2020, ICIQ’s Board of Trustees appointed Prof. Emilio Palomares as the new director of the institute, effective on September 28. Prof. Palomares will take over the leadership of ICIQ from Prof. Miquel A. Pericàs, founder and first director of ICIQ. Prof. Pericàs will remain in the institute as a group leader until he retires. 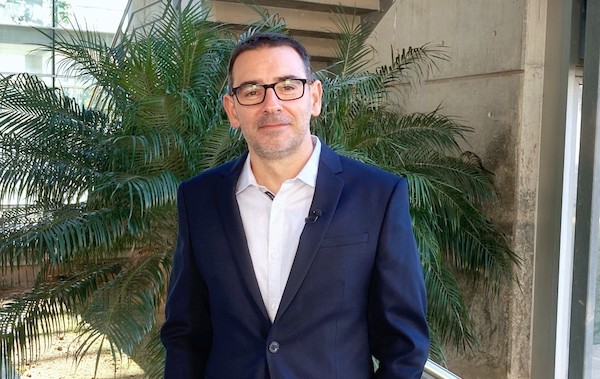 “This is a great honour, which I accept eagerly because I have the best possible colleagues and the finest team to work with. Together, we will build on ICIQ’s track record of excellence with an inclusive international programme based on four pillars: Cooperation, Education, Knowledge and Innovation. ICIQ will continue its international leadership in the fields of energy and sustainable chemistry in close collaboration with the Universitat Rovira i Virgili, as well as other national and international research and educational centres, and chemical industries,” says Prof. Palomares.

The selection process of the new ICIQ director has been supervised by the CERCA (Catalan Research Centres). Initially, ICIQ’s Scientific Advisory Board shortlisted the three best candidates to be interviewed. The interviews were carried out by a selection committee led by CERCA, and Prof. Palomares was put forward to the Board of Trustees, which confirmed him as the new director.

About Emilio Palomares
Emilio Palomares was born in València in 1974. He studied Biology at the UVEG (Universitat de València Estudis Generals). After graduating in biology (esp. biochemistry) he carried out his Master thesis in organic chemistry under the supervision of Prof. Alberto Marco at the UVEG. Afterwards, he joined Prof. Hermenegildo García’s group at the ITQ-CSIC-UPV (Instituto de Tecnología Química-Centro Superior de Investigaciones Científicas-Universitat Politàcnica de València) where he obtained his PhD in Chemistry in 2001. That same year he was awarded a “Marie Curie” Fellowship to work on the field of molecular devices for energy conversion, under the direction of Prof. James R. Durrant (Imperial College London). In 2004 Prof. Palomares obtained a “Ramón y Cajal” Fellowship at the ICMol-UVEG (Institut de Ciència Molecular-UVEG, València).

He joined ICIQ as Group Leader in 2006 and three years later was appointed ICREA Research Professor. In 2009 he was awarded an ERC Starting Grant to work on quantum dots for energy conversion devices and later, in 2015, he obtained an ERC Proof of Concept Grant for the development of biomolecular sensors.

Prof. Palomares has been the recipient of several awards. The Roscoe Medal and the Sigma-Aldrich Distinguished Lecture (2004); the Young Chemist Award by the Spanish Royal Society of Chemistry (2006) and the Innova SUSCHEM award (2010). Since 2019 he holds the Energy & Environmental Solutions International Chair (E2S) by the Université de Pau et des Pays de l’Adour (UPPA).

Palomares’ Research Group
Prof. Palomares has co-authored over 200 peer-reviewed scientific papers and he has supervised 15 PhD thesis. His research group has expertise in the synthesis of materials and molecules with optical and electrical properties, as well as the characterisation of interfacial charge transfer reactions under operando conditions. Nowadays, his group has a particular interest in studying molecular solar cells, LEDs, chemical sensors for health-related applications and CO2 energy conversion devices.

We use cookies to collect statistical information about navigation. If you continue browsing, we'll assume that you accept the use of cookies. Accept

This website uses cookies to improve your experience while you navigate through the website. Out of these, the cookies that are categorized as necessary are stored on your browser as they are essential for the working of basic functionalities of the website. We also use third-party cookies that help us analyze and understand how you use this website. These cookies will be stored in your browser only with your consent. You also have the option to opt-out of these cookies. But opting out of some of these cookies may affect your browsing experience.
Necessary Siempre activado
Necessary cookies are absolutely essential for the website to function properly. This category only includes cookies that ensures basic functionalities and security features of the website. These cookies do not store any personal information.
Non-necessary
Any cookies that may not be particularly necessary for the website to function and is used specifically to collect user personal data via analytics, ads, other embedded contents are termed as non-necessary cookies. It is mandatory to procure user consent prior to running these cookies on your website.
GUARDAR Y ACEPTAR